John C. Bogle, the investment guru and founder of The Vanguard Group once said “Don’t look for the needle in the haystack, just buy the haystack!”.

In this last episode of the first Season of Vital Signs podcast series, Sathya and Sundar make the case for passive investing and the superior advantages that it offers to most ordinary investors. Specifically they look at the growth of Exchange Traded Funds in India and discuss the various factors that have led to their rise, as the Indian market becomes more efficient and discovery in individual equity opportunities gets harder due to the availability and ubiquity of information. Are ETFs really better than mutual…

In this second part of the two part series, Sundar and Sathya discuss Gold, that, since the court of King Augustus in 31 B.C,  has become one of the most coveted assets by rulers, dictators, nations, and investors big and small.

Sundar traces the history of the precious metal and how it came to be the first global currency before the US dollar claimed that spot after World War II. He then argues why gold is a good investment choice for everyone, even today, to hedge against an uncertain economic or political future. Sundar also recommends that gold is a must have asset in all portfolios that can be…

Recently Bitcoin and other cryptocurrencies are attracting  professional investors, casual traders, and crypto enthusiasts across the world. Despite its relative volatility Bitcoin is beginning to be favored by institutions as a hedge currency and is looking to take the slot traditionally occupied by gold in many portfolios .

Both asset classes have many similarities but also some stark differences. Unlike national (or fiat) currencies, they are limited in their supply that will soon run out. While gold lies underground and  it  is difficult to assess the exact quantity remaining, Bitcoin is capped to a maximum supply of 21 million that should be out by 2040. 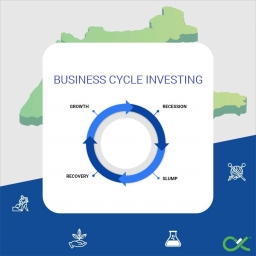 There are 4 phases of any business cycle – growth, recession, slump, and recovery. Growth phase is…

Rana Kapoor the founder of Yes Bank once said “Diamonds are Forever” and swore he would never sell his shares in the company. Fourteen months later his stake had fallen to less than 1% and he went to jail. Meanwhile, Yes Bank reported a profit of ?150.71 crores for the third quarter ended December 2020 after having posted a record loss of ?18,654 crores just a year ago. Is there still any luster left in Yes bank?

In this episode, Sundar and Sathya discuss the rise and fall of Yes bank against the backdrop of a rapidly growing private banking sector in India. Based on an upcoming book ‘Yes Man: The… 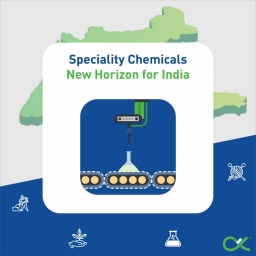 Dalai Lama once said “Just as ripples spread out when a single pebble is dropped into water, the actions of an individual can have far reaching effects”. It seems the same holds true for global economies as well.

The Chemical Industry was dominated by the European Union and the U.S.A, together accounting for more than 40% of the global economic space. However, the financial crisis of 2008 changed the global chemical export landscape and developing economies, mainly Asian took advantage. In a dominant fashion, China took a leap with its cheap labor, cheap credit, subsidies and relaxed environmental norms.

Performance of Exchange Traded Funds in the Indian Market 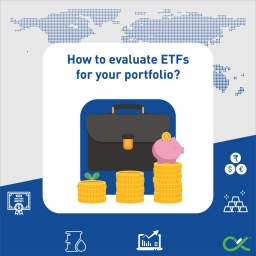 In the early 1970s, the advantages of passive investing in the stock market started appearing in academic discussions. It really took off in the 1990s, when the general public began to realize that most Mutual funds were unable to beat the US Benchmark index. The high fees they charged for managing a portfolio wasn’t justified anymore. This led to the creation of a new instrument; the Exchange Traded Fund (ETF).

An ETF is a security listed on the stock exchange, that lets you invest in a host of different assets covered by an Index. For example, an ETF following the NIFTY 50 index will take cash from the public in exchange… 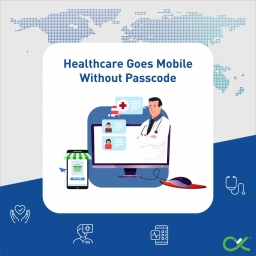 The COVID -19 pandemic has been an eye opener to us, conveying how important it is to reboot our healthcare system. Covid-19 has shifted the globe towards digital media and online space and has dramatically changed the consumer behavior. With social distancing becoming the norm, “contactless” has become the “new normal” buzzword. No industry seems to have escaped from the disruption caused by the novel pandemic and Healthcare is no exception. The focus on Preventive Healthcare and a shift from traditional in-person doctor-patient interaction to digital home care has become imperative.

By ALPHABETA Team
Mark Twain once said “Buy land. They ain’t making anymore!".
This podcast examines the real estate sector in India which has been very muted over the last 7-8 years.
Sundar and Sathya discuss the opportunity presented by this sector as the economy turns around. In the first section they look at the various regulations and policies that were introduced over the last few years and their impact on the property market. They specifically analyze some of the key fundamental and technical parameters and its impact on the stock prices of 3 leading listed real estate companies: Oberoi
… Read more
November 17th, 2020

Vital Signs S01E01: Is Vodafone Idea the next investment opportunity?

In this first episode of the Vital Signs Podcast series, Sundar and Sathya look at an erstwhile darling of the Telecom industry: Vodafone Idea to see if there is an opportunity for investors. While Sundar looks at technical indicators such as price action and Fibonacci retracement, Sathya analyzes systemic issues.

The post JIO world has seen the capitulation of several Telecom providers such as Aircel, Telenor, Tata Docomo, etc and only four players including Vodafone Idea are still standing. In recent years Vodafone has been steadily losing market share and profits and struggling to stay afloat. But is it time for  investors to take a second look now that the company…