Open Banking and its future in India 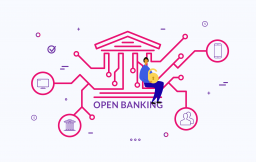 "Customer is the King” - This age old saying has been well executed by the 21st century unicorn companies like Airbnb, Amazon, Alibaba, Uber, etc. They have excelled at providing personalised services, support, convenience and experience to all their customers and disrupted the customer centric industries in a big manner. Banking is no exception. Let us assume that you are planning on buying a home. Even before you apply for a home loan, your bank acts as a trusted advisor and introduces you to a series of partners like insurance companies, movers, designers, lawyers, etc. - all of this over and above just providing for a loan approval tool. Now isn’t this customer experience re-defined?

So how can financial institutions internalise this aspect of customer service in all their functions?

Banks keep a record of every transaction we make - our spending, lending, borrowing, travel bills, electricity bills, loan payments - but they don’t make use of this rich information. Banks, as our trusted partners and custodians tend to keep all our information secret and buried. In the recent times, data sharing with third parties through OPEN API framework (where a network of institutions can share the data through Application Programming Interfaces called APIs) which can also be accessed on real time basis, has opened the  gates for fintech entities to work in collaboration with the banks to provide a seamless and personalized customer experience. Hence, banks operating at the backend and fintech at the front-end - a new synergy has come into play which has paved the way for collaboration between enablers of financial technology and financial institutions.

How was Open Banking introduced?

The entire banking system in the UK was facing issues in the recent past - people were paying more for overdrafts, money in current accounts was not earning interest, switching banks was a very tedious process, etc. The UK Competition and Markets Authority (CMA), in this light, recommended a number of remedies to increase competition, encourage switching, deliver customer value and drive innovation in banking. This allowed for an opportunity to all payment service providers to operate on a level playing field while also ensuring enhanced security and strong customer protection.

Developed economies around the world are at maturity stage of implementing open banking but only United Kingdom came up with the regulations and gave it a big boost. In August 2016, CMA advised nine of the biggest banks in the UK (Barclays, RBS, HSBC, Santander, Bank of Ireland, Allied Irish Bank, Danske Bank, Lloyds, and Nationwide) to allow licensed third-party direct access to their data.

India took a step towards open banking before many developed countries but slow implementation and lack of defined legislature created hurdles in its success.

CIBIL: India’s first credit bureau was setup in 2001 but Indian banks took 10 years to understand and execute the idea of sharing customer’s lending information with the bureau. Bajaj Finance, an NBFC, proved how credit data can be effective for a company’s growth.

Central KYC Registry: Then Finance Minister Pranab Mukherjee had introduced the concept of KYC in the 2012 union budget. Although, 40 million KYCs had been done but still one had to go through KYC process each time in order to open a bank account or a payment wallet

UPI: Indian Government did not have the regulation for the banks to join payment interface. It was demonetisation, introduced in 2016, which forced all banks to come on the payment platform.

Is India ready for Open Banking ?

At first thought it seems a sure Yes! It is possible, as today we make payments using our phones for everything - whether it is an electricity bill, Netflix, Über ride, Grofers, Amazon, Swiggy,  you name it! So, do online payments account for a major bunch of our country’s transactions?

The answer, unfortunately, is still a big No. A Credit Suisse report says cash still accounts for 72% of consumer transactions in India which mainly includes rural merchants, who prefer cash for transactions. The major challenge is MSME businesses and unbanked individuals who do not have access to formal credit.

Regulations have been relaxed a bit and the necessary policy changes have been made to provide an access to formal credit to MSME businesses and individuals who do not have any credit history. RBI has also granted NBFC licence and has permitted only non-banking financial corporations (NBFCs) to perform the role of account aggregators (AAs). So now NBFC-AA will be an interoperability link between financial information providers (FIPs) and financial information users (FIUs).

There is a hope that the cycle of open banking in India will be complete with a combination of Aadhaar, CIBIL, UPI, CKYC, E-Nach and AAs.

Though nascent, partnerships between banks and fintech players are on the rise. In 2013, YES Bank and RBL Bank exposed their API to other developers to build innovative financial services. ICICI, RBL Bank, Kotak Bank, DCB Bank and other a few others have accepted that the need of the hour is to collaborate with the fintech players to remain exclusive and profitable in this business in today’s world.Nikhil Kumar and Sahil Kini, who were part of the team which had shaped the Indian financial technology revolution by developing UPI, GSTN and Aadhar are simplifying the system for fintechs with their startup SETU. This will provide a solid API platform which can be used by developers to build fintech applications. Kunal Shah, who founded the digital payments app Freecharge, has now also targeted the underpenetrated credit card market with his newly launched app “Cred”.

Though RBI is granting more and more NBFC licenses to increase the reach of credit, we can’t forget the IL&FS and NBFC liquidity crisis which had shaken the financial services sector. To reduce NPAs, technology led lending is the solution which will keep a better check on borrower’s behaviour and unlike traditional banking will not rely on subjective decision making of credit officers and credit bureaus. Technology will guide in making data driven objective credit decisions even in the absence of traditional creditworthiness of data.With the initiatives by the government through “Digital India” campaign launched in 2015 and supportive regulatory framework, the timing for digital financial inclusion is perfect. The Boston Consulting Group projects that the digital lending opportunity in India is estimated to be ~ $1 trillion from 2018-2023, which will be led by retail and MSME loans.

The financial ecosystem is expected to become a level playing field for all entities, banking and non banking alike, once data sharing becomes successful. Opening a bank account is still considered a tedious task requiring tons of verifications, but with Open Banking it would be done in minutes. In the same manner, in today’s world, getting a personal loan takes 2-7 days but after data interoperability, it can also be completed instantly. In a similar fashion, opening a demat account, or taking home loan, vehicle loan or insurance - all will be possible within a few minutes with open banking.

Physical banking is transforming into the era of digital banking. M-pesa in Kenya, Alipay in China and Paytm in India - their success stories indicate that banks must change the way they have traditionally approached customer service and should adapt to the new world of open banking. They have to collaborate with third-party service providers, who can give them access to innovative ways of implementing digital technologies with personalized customer services which will help them in retaining their market share and reduce costs on research and development of offerings.

The future world of banking is going to be very interconnected and collaboration driven.